Project Highlights:
Discharge pipe tunnel to the river does not weaken the Army Corp of Engineers levee

As is the case with many muncipalities, The City of Nashua, NH had an issue with rainwater and sewage being transported to the wastewater treatment facility in the same pipes.  During heavy rains, the system would become overloaded, causing untreated sewage to be released into the Merrimack river. In partnership with the EPA, Nashua developed a plan to eliminate the contaminated overflow.  Methuen Construction was contracted to build a state-of-the-art Combined Sewer Overflow facility, which consists of a one million gallon holding tank, a purification system, and a river discharge tunnel/pipe. 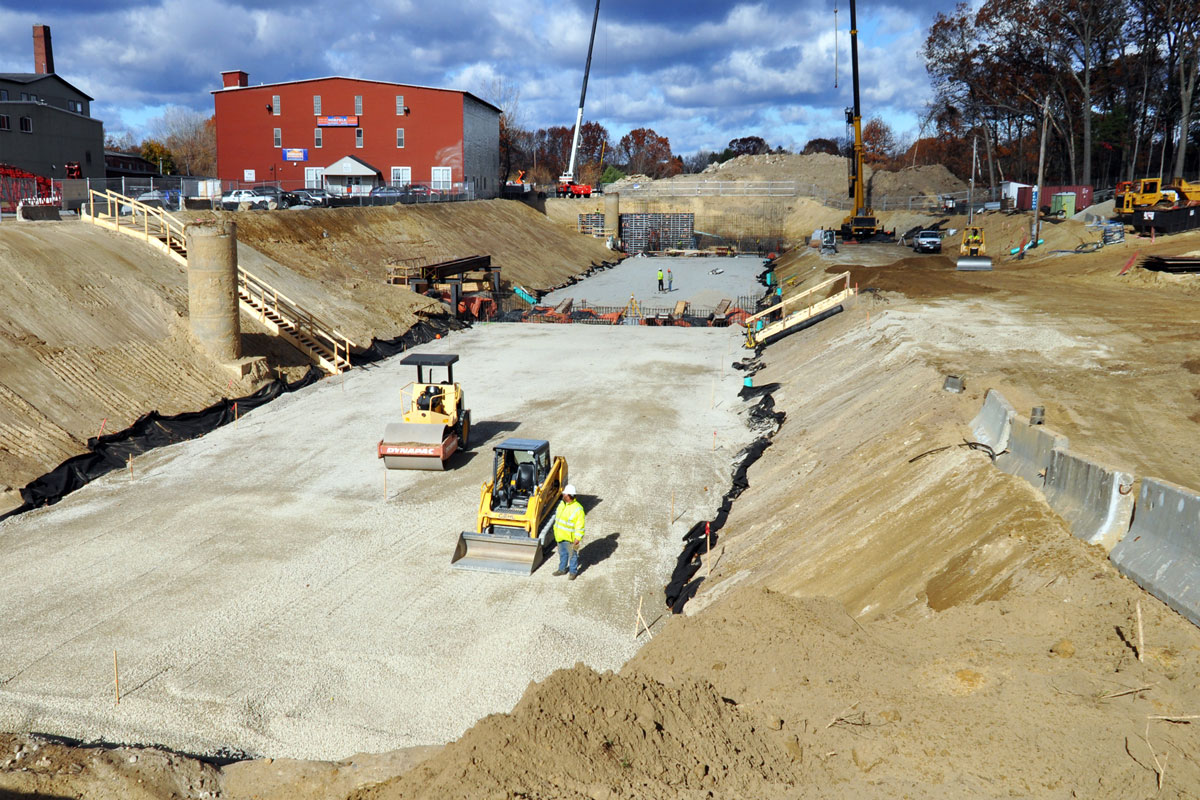 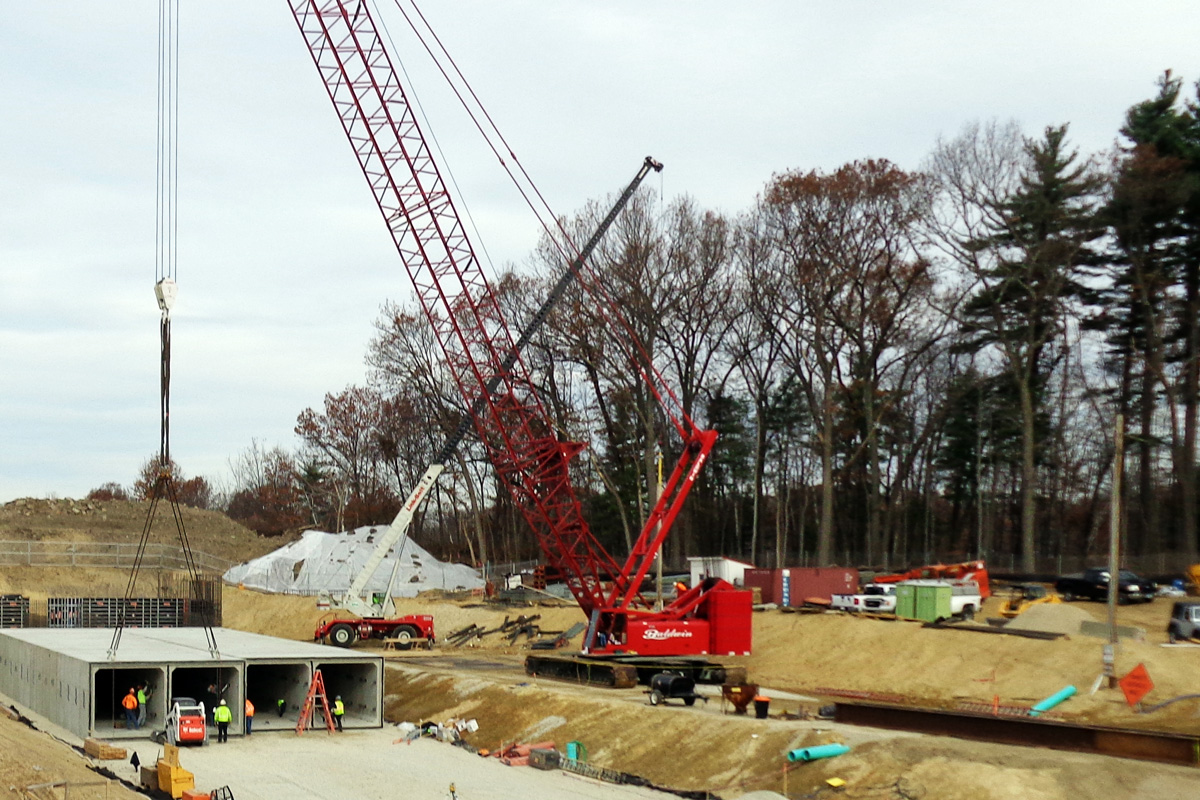 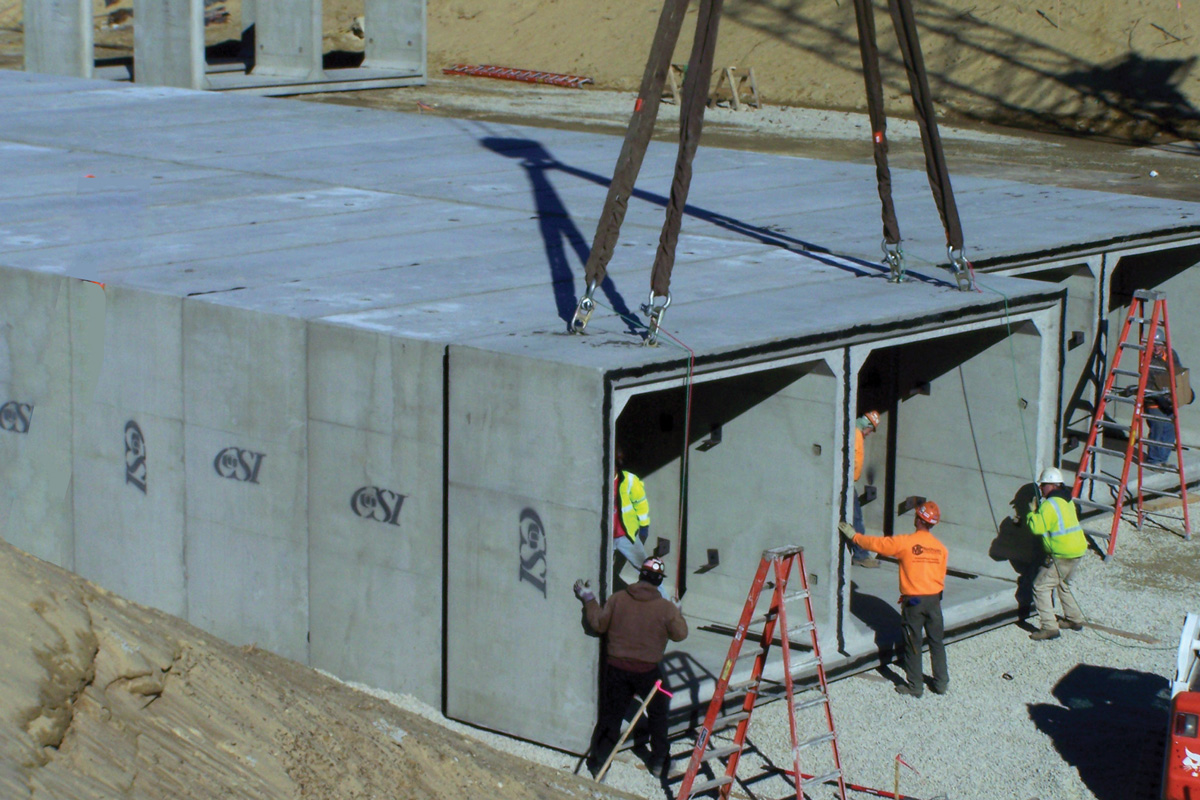 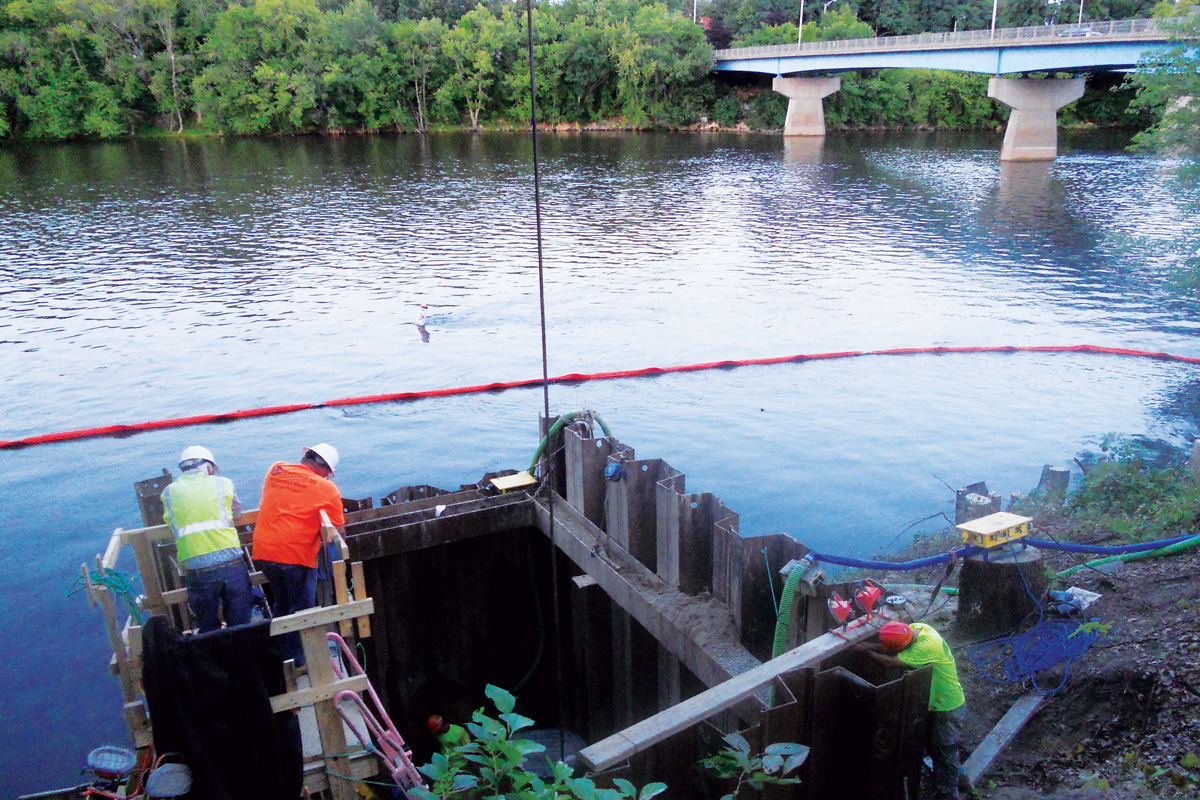 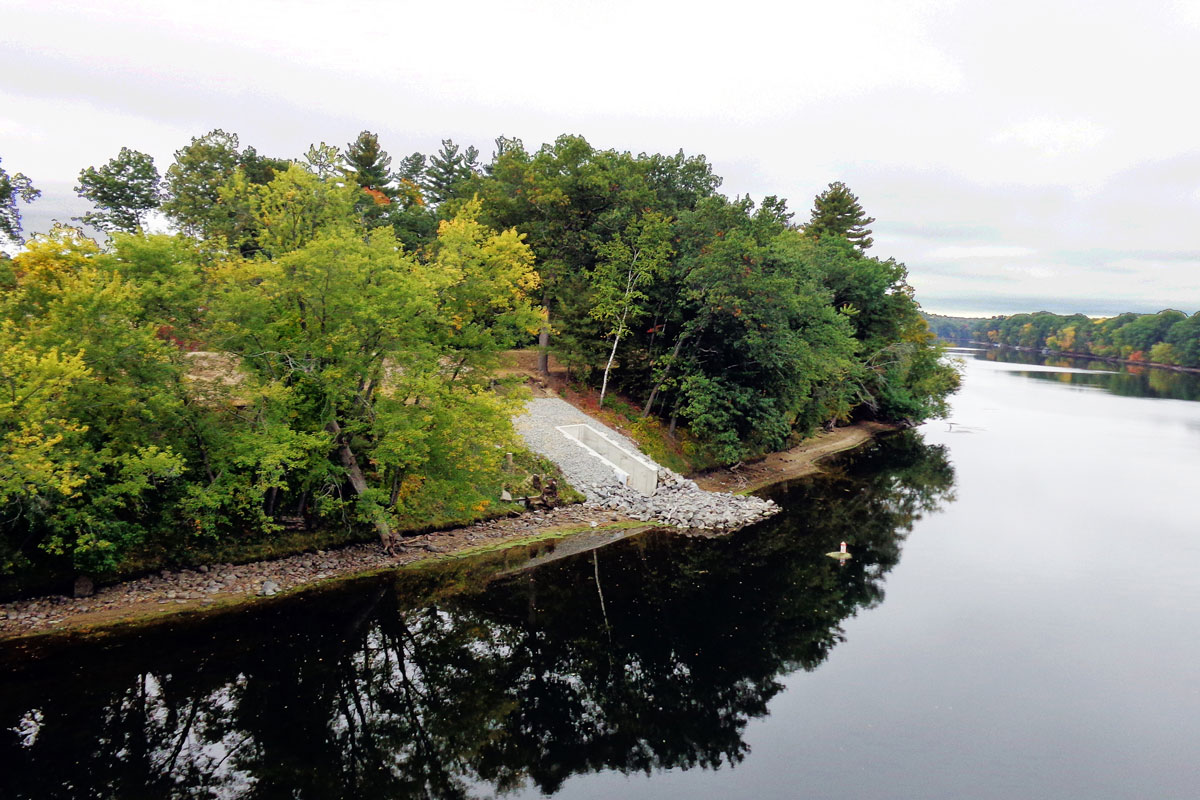 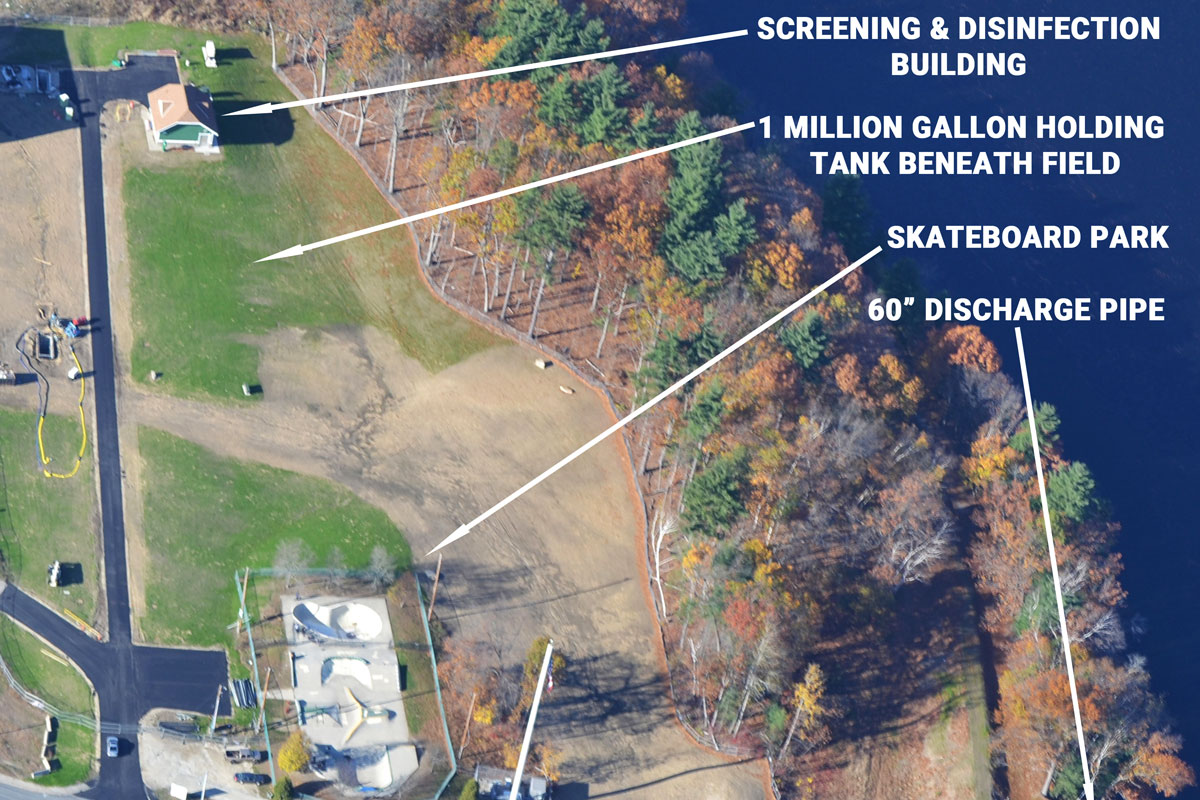 Placing one of the concrete units of the holding tank that is 400-feet long, 50-feet-wide and are buried 20 feet below ground

Constructing the CSO headwall inside a temporary cofferdam

Aerial view of the completed Nashua facility that meets an EPA mandate
How Can We Help?